MAXAM has a highly skilled and experienced management team capable of taking on processes to change and adapt to a world that is constantly evolving, with values such as commitment and effort that make our Company unique in its sector. 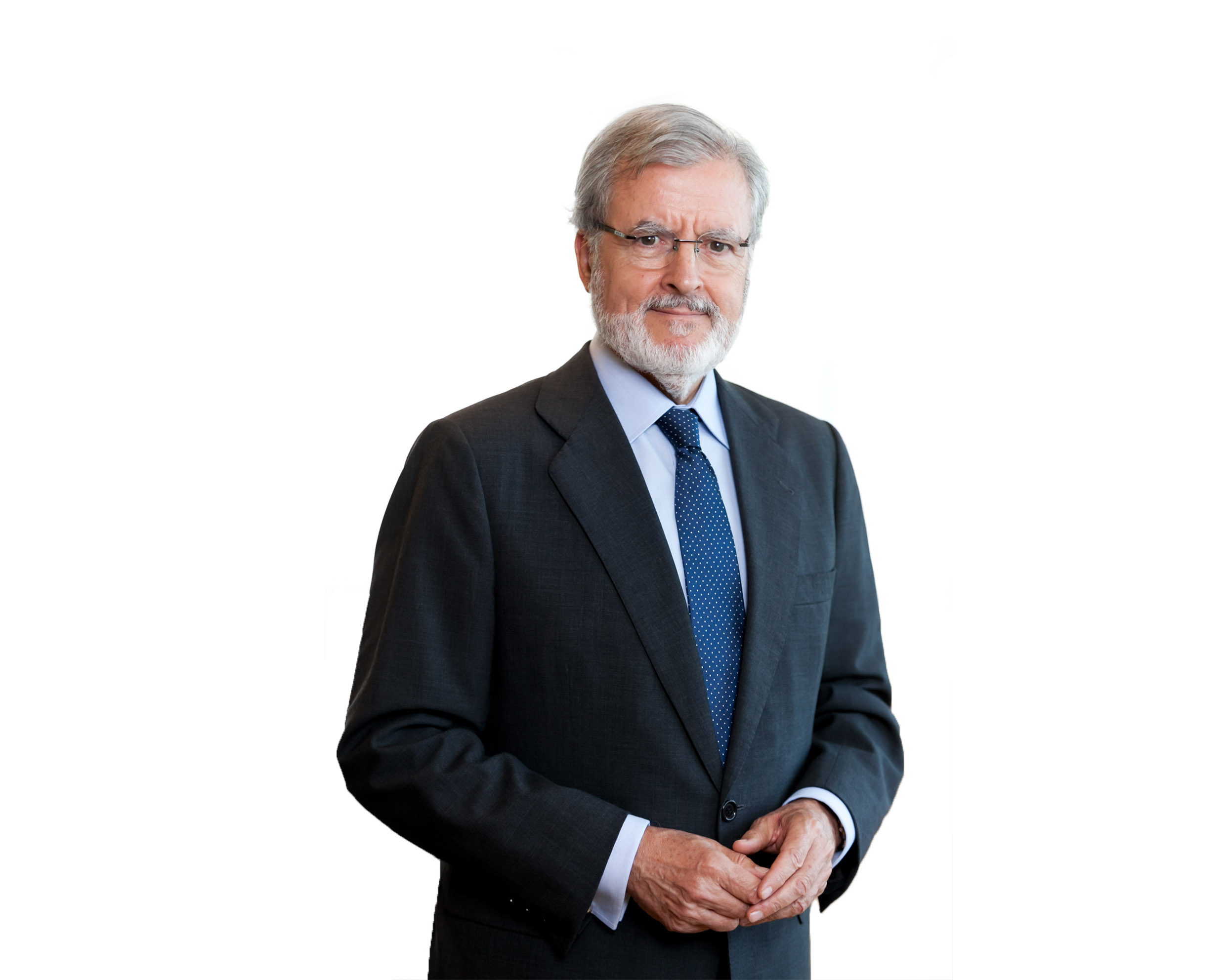 José Fernando is an Industrial Engineer specialized in Industrial Organization. He is a member of the Stat Corps of Industrial Engineers and an ISMP graduate from Harvard Business School. In 1990, he was appointed Chairman & CEO of Unión Española de Explosivos, S.A., (UEE) –known today as MAXAM–a position he still holds today. Since then, MAXAM has become a world leader in its sector due to extensive restructuring and international expansion.

Previously to joining MAXAM, he held several different positions in the Spanish Ministry of Industry and Energy. Among others, Managing Director of Iron, Steel and Naval Industries and Managing Director of Industry. Concurrently to his position as CEO of MAXAM, he has been a member of the Board of Directors of listed companies such as: Duro Felguera, Uralita, and Dinamia Private Equity.

He is currently a member of the Board of Directors and Executive Committee of Ferrovial. He is also Chairman of the Board of Trustees of the MAXAM Foundation, and Trustee of the Museo de la Minería y de la Industria de Asturias (MUMI) and the Fundación Princesa de Girona. In January 2010, His Majesty the King granted him the Spanish Order of Civil Merit, “Encomienda de Numero”. 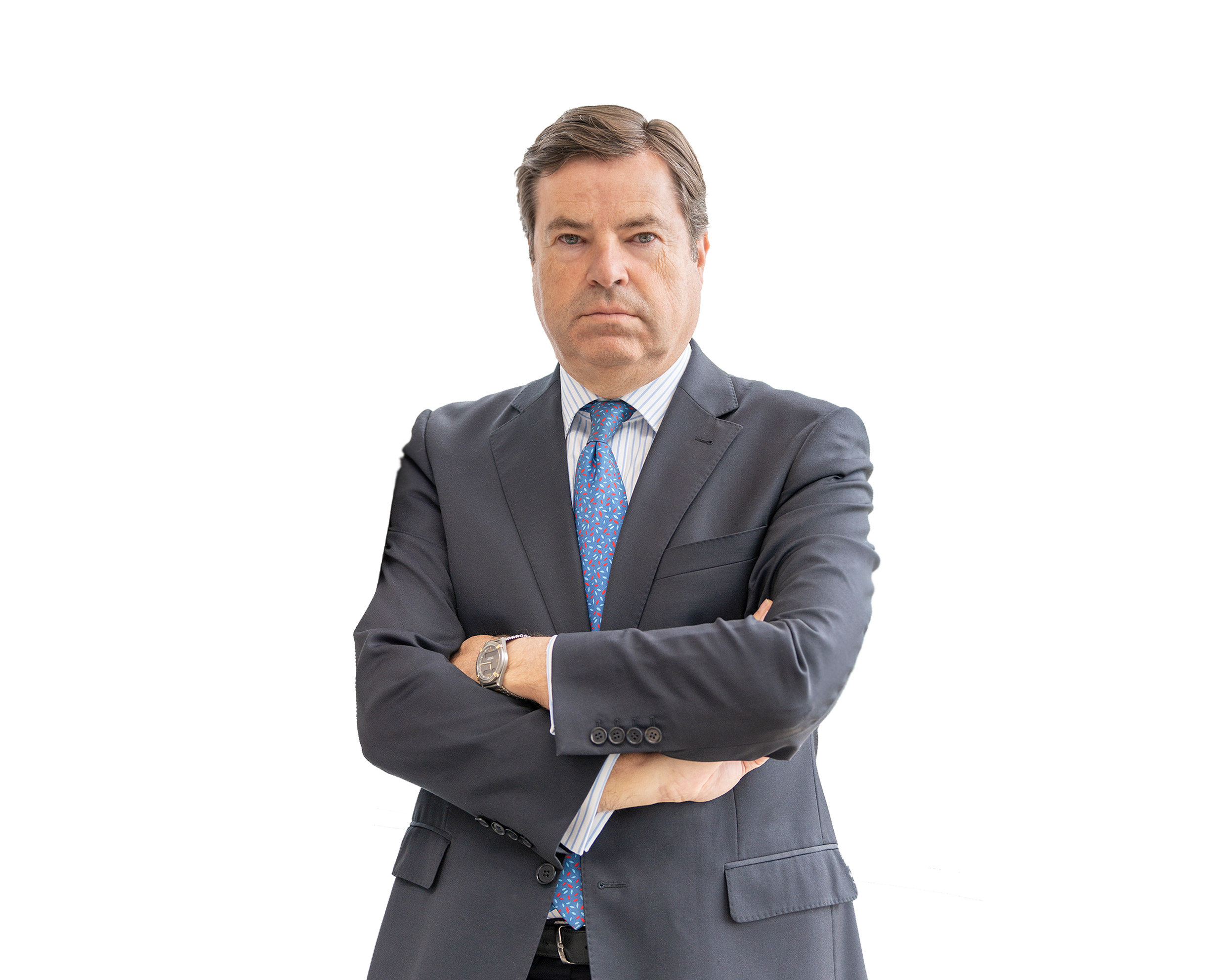 As MAXAM General Manager, Miguel leads a high-performance team focused on ensuring that MAXAM is an efficient, competitive and profitable Company; generating long-term value for all stakeholders.

Miguel has over 35 years of experience in business management. Before taking on his current responabilities at MAXAM, he was the Company's Chief Financial Officer and member of the Executive Commitee. Prior to that, he was European Finance Director at US Filter, a US listed company. Miguel started out as an auditor at Deloitte and KPMG, working in both Spain and Canada.

Miguel has a degree in Economics and Business Administration, majoring in Finance, from the University of Pontificia Comillas ICAI- ICADE, and a master's degree in the Program for Management Development for Experienced Executives at IESE, University of Navarra.

Carlos is the General Counsel and Secretary to the Board of MAXAM. His role is to head up MAXAM's businesses, operations and processes and ensure they are in keeping with all legal requirements and provide legal security, promoting and verifying their compliance with corporate policies and procedures.

He holds a bachelor's degree in Law from the University of Santiago de Compostela and has a Master in Law (with distinction) from IE in Madrid, where he has been a professor (external faculty) in Corporate Law for many years.

Juan José’s role is focused on the strategic planning of MAXAM’s development. He also leads the negotiation of acquisitions, mergers, divestments and partnerships. Under his responsibility is the elaboration of the long-term plans to optimize the allocation of available company resources.

He participates in investments decisions associated to specific strategic initiatives in the different business units. Juan José has developed his professional career in MAXAM since he started with a scholarship through a variety of technical, operational and management roles. Before his appointment as Global Head of Strategy he was the General Manager of MAXAM International and MAXAM Civil Explosives

He holds a Mining Engineering degree (Honours) at Polytechnic University of Madrid and an Executive MBA at the AGSM (Australian Graduate School of Management), Sydney University – University of New South Wales.

Iñigo is the Chief Financial Officer for MAXAM, where he develops and implements the financial strategy, overseeing local and international operations and financial relations for all MAXAM companies.

Iñigo joined MAXAM in 2017 as Strategy Director and prior to MAXAM, he held from 2011 to 2017 several Strategy and M&A related positions in Fomento de Construcciones y Contratas (FCC). He started his career as an Auditor for Ernst&Young in 2005.

Iñigo holds a MSc degree in Business Administration from the prestigious University Comercial de Deusto, Bilbao (2005) and a Full Time MBA from IESE, University of Navarra (2011).

Miguel Ángel is Chief Technology Officer & QE at MAXAM, fostering innovation throughout the organization and developing the technological capabilities required to best serve our customers in the search to create sustainable value. He has overseen one of the organization's strategic areas in its process of transformation to a global technology company.

With over 20 years' experience, he has held a wide range of complex, high-impact positions, leading global and multicultural teams as Managing Director and head of strategic corporate and business functions

He holds a degree in Chemical Engineering and a master's degree in Science from University of Bradford, and an MBA in Business Administration from the University of the Basque Country.

As General Manager of Terra Solutions, Ramón's role is to develop and implement the Business Unit's strategy, with the goal of driving sustainable growth and developing optimal blasting solutions in the industry, therefore maximizing production efficiency for its customers all around the world.

Before taking up his position at MAXAM, he spent fifteen years at General Electric, based in the United States, Europe and Latin America. He was Managing Director of the Energy Generation Services division in both Europe and Latin America, and Managing Director of Renewable Energy Services Europe. Ramon started out as an engineer for the construction company ACS and for the energy group Iberdrola.

He has a degree in Civil Engineering from Universidad Politécnica de Madrid, and a master's degree in Business Administration from Carnegie Mellon University in Pennsylvania, USA, as part of the Fulbright Scholar program.

Pedro is the General Manager of MAXAM Defense, where his mission is to propose, develop and deploy the business unit's strategy in terms of customer portfolio, the evolution of its value proposition, and the profitability of the company's assets. His work involves defining and implementing the business plan, achieving results by duly coordinating commercial, industrial, financial and R&D functions.

Before taking up his current position as Managing Director at EXPAL, he was the Business Development Director and Commercial Director. Pedro previously worked as Director of Engineering at Faurecia and as Director of Purchasing at Petrofina.

He holds a degree in Industrial Engineering from Universidad Politécnica de Madrid, an MBA from IE as well as an Advanced Management Program (AMP) from Harvard Business School in Boston.

Javier is the General Manager of MAXAM Outdoors, where he is in charge of designing and applying the strategy in the design, manufacture and distribution of a wide range of components and cartridges, thus meeting all our customers' needs.

Over the last 18 years he has had different roles at MAXAM, such as Corporate Director of Organization, Director of Strategy and Corporate Development for Europe, and Manager of Corporate Development, from where he has backed up MAXAM's international growth program and its subsequent consolidation as a global company. Javier began his professional career in investment banking and private equity.

He holds a degree in Economics and Business Studies from Universidad Complutense de Madrid and has completed, among other training, a General Management Program from IESE.